UC Davis Aeronautical Wind Tunnel (AWT) is used for both university affiliated research. The AWT is an open circuit tunnel with a 33.6″ x 48″ closed test section. A 125 horsepower motor produces a maximum velocity of 165 mph through the test section. Turbulence levels have been determined to be < 0.1% throughout the velocity range. A pyramidal balance measures all six force and moment components over a wide range of angle of attack and angle of yaw.

An aluminum honeycomb 6″ deep with .25″ cells (aspect ratio of 24) is located in the welded steel entrance chamber, protected by a coarse screen at the inlet. The honeycomb is followed by four 20 x 20 mesh (.009″ dia.) stainless steel anti-turbulence screens. Space is left for one additional screen.

The section is composed of four sides of identical curvature to provide equal pressures on adjoining sides at the corners to guard against the formation of corner vortices.

The coordinates of the contraction is derived from a ninth-order polynomial with three derivatives equated to zero at the entrance and five at the exit providing extremely gradual transition from and to axial flow. 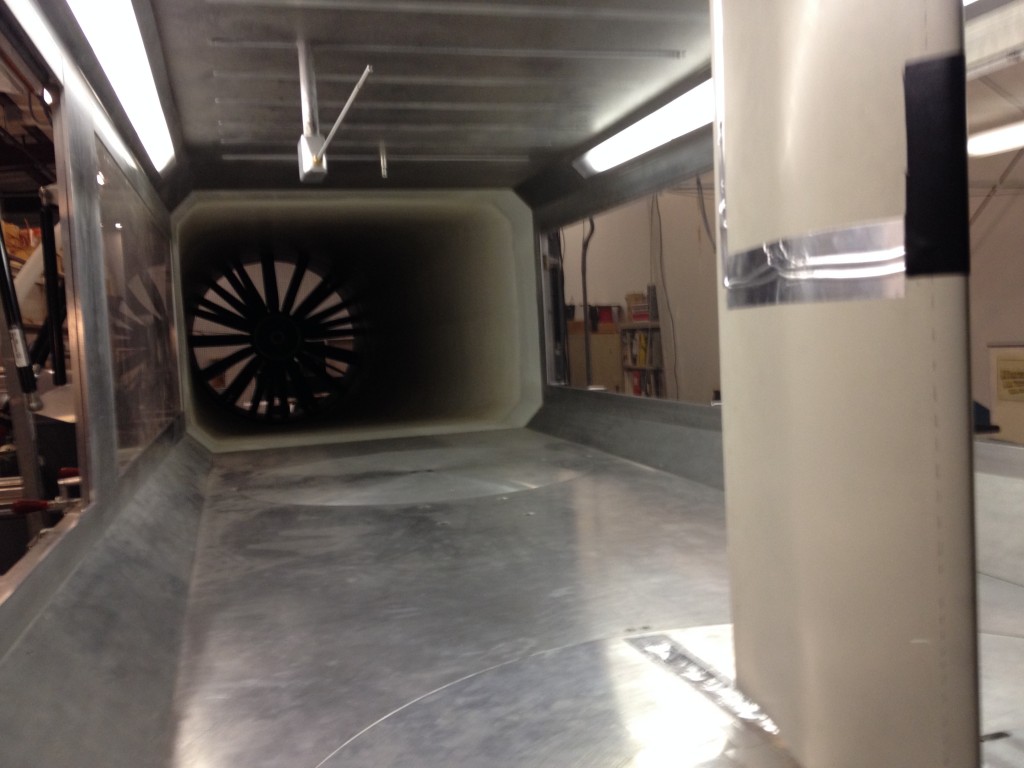 Two 36″ turntables in the floor.

Aluminum floor and ceiling. Side walls are clear plexiglass panels hinged at the top to provide four 64″ wide doors centered on each of the two turntables. The doors can be removed and replaced with special glass doors as necessary.

An 18″ ultraviolet light (F18T8-BLB) installed in one of the lower fillet panels can illuminate the upstream turntable for fluorescent visualization applications.

Pyramidal balance system installed under the upstream turntable:
– Measures all six components of force and moment
– Positions model angle of yaw and angle of attack
– Calibrated as defined in the following document: calibration procedures 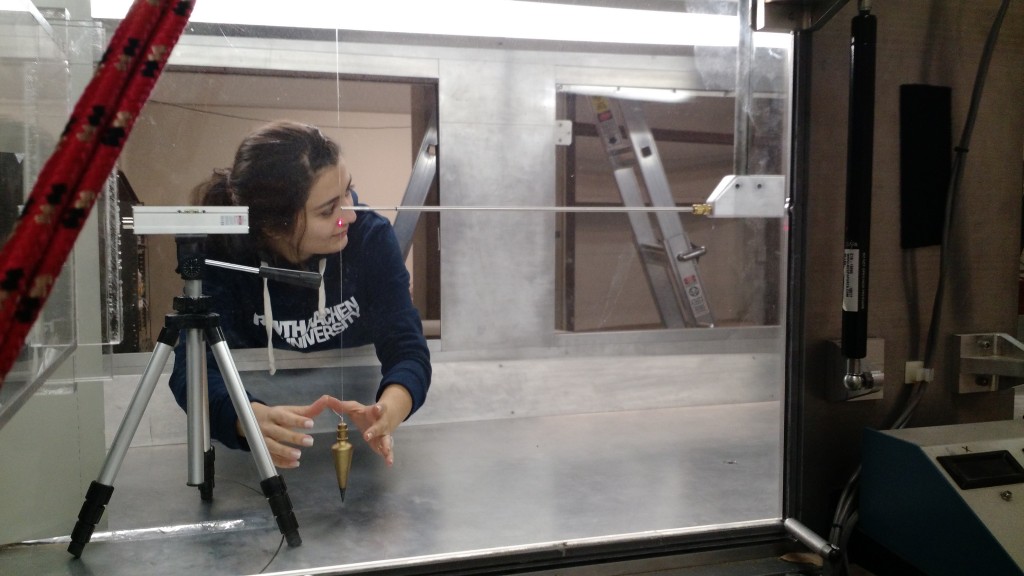 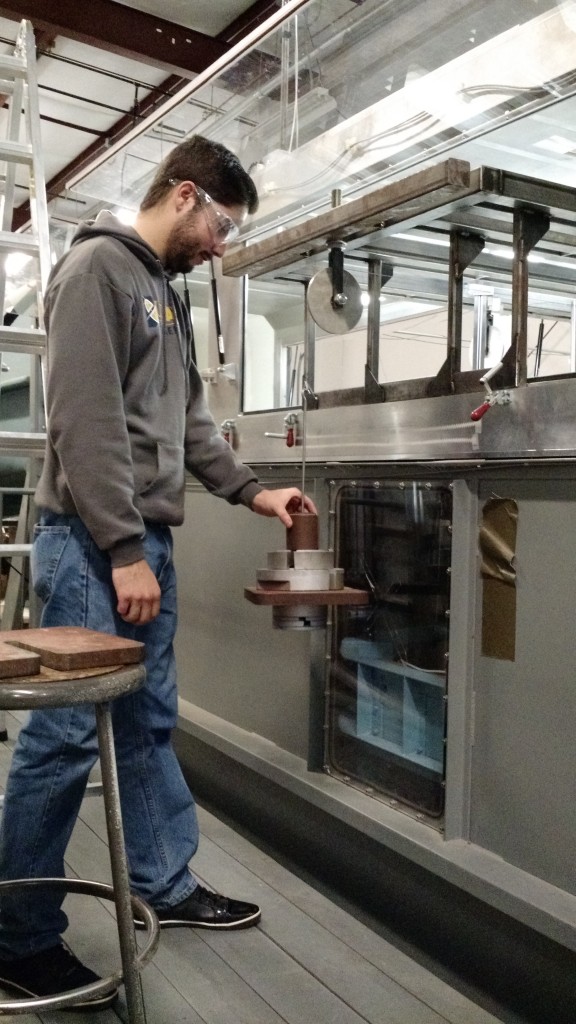 A two dimensional traversing mechanism installed from the ceiling of the test section is capable of moving a probe (e.g., hot wire, pitot tube) within a plane normal to the air flow. The traversing system can be manually placed at various longitudinal stations in the test section.

Lubricant: Chevron SRI #2 or equivalent; additional information on nameplate mounted on side of fan

Speed Controller: Mitsubishi Meltrac A-100 variable frequency drive
– The drive is designated MT-A140E-110K-02UL and is designed for 216 amp variable torque.
– 1000:1 speed-ratio capability and can hold the fan speed constant with a maximum variation of ±0.2%.

A trash screen of 0.5″ mesh stainless steel is installed at the end of the diffuser to protect the fan.

Noise Suppression: Sound absorbing diffuser is installed downstream of the fan. The central fan is streamlined with a sound absorbent tail section supported by radial struts.